In the last two months, a lot of Android – based smartphones were launched in India. Some were good, others worth ignoring. Here, we present to you the top five Android smartphones, available in the market, in the price range of Rs 15,000 to Rs. 20,000. The common element in all the five smartphones shortlisted is that they have a 13 – megapixel rear camera and minimum 5 – inch display screen.

Lenovo vibe X2 is the first phone to feature Mediatek’s new 2GHz MT6595m True8core processor. It has a unique “Multi – layered” design which is seen on a smartphone for the first time. The multiple layers in the smartphone are of two types. First, one is for the design element (three layers of side body, that too in different colors). The other one for functionality, where one can put a back cover on the phone. It acts as a powerful bank of kickstand with WI – Fi, JBL audio. Lenovo vibe X2 flaunts a 5 – inch full HD (1,920 x 1, 080 pixels) display. On the memory front, it has 2GB of RAM and 32 GB internal memory. It’s weighs only 120 gm and is 7.3 mm thick. It is powered by a 2,300 mah LI- Po non removable battery. Besides, the 4G compatible. Besides, the Lenovo vibe X2 has Bluetooth 4.0, dual band Wifi. It does not have an expandable memory storage.

Huawei Honor 6 comes with a 5 – inch IPS Display, Huawei has again managed to keep the factor to the minimal the Honor 6 measures 139.6 x 69.7 x 7.5 mm and weighs just 130 gm. The honor 6 has the latest Android 4.4.2 operating system, but it uses the Huawei emotion 2.3 UI, which has completely different look than the native Android UI. The phone has 16 GB storage, which can be expanded to 64 GB storage using SD card. There is a 13 – mega pixel autofocus camera and two LED flashlights in the rear panel in the Honor 6 while a 5 – megapixel camera is in its front.

The HTC Desire 816 is a cheaper version of HTC’s Desire 816 Phablet. It has a 5.5 – inch display with a resolution of 1280 x 720 pixels and runs on Android 4.4 operating systems. This is supported by 1 GB RAM. Desire 816 G has 8GB internal memory which can be expanded to 32 GB using SD card and 2,600mahbattery. It is provided with dual sin Card and front camera.

Xolo play 8X – 1100 has 5 inch HD display and is protected by Gorilla Glass 3. The smartphone runs on Android 4.4. It is powered by an octa – core processor and it’s targeted at people who loves to play games on mobiles. The play 8X – 1100 has 16 GB internal storage and supports MicroSD cards with can accommodate 32 GB card. The dual SIM is powered by a 2,100mah Li – ion battery.

Among the smartphones shortlisted in this piece, Asus Zen fone6 has the big display screen. It sports 6 inch display screen. It sports a 6 inch display along with the Intel Atom Z2580 dual – core processor clocked at 2GHz. It has 2GB of RAM, 16GB of internal storage and provision for micro SD that can support 64 GB card. In India Asus Zenfone 6 is available in the market.

The above are the details about Top 5 Android smart phones under Rs. 19,999 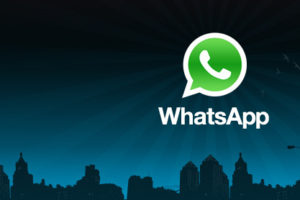 The WhatsApp is on the Via web browser