‘Karbonn Titanium Mach One Plus’ With Android 5.0 Lollipop Launched

Karbonn on Wednesday launched its new Titanium Mach One Plus smartphone, priced at Rs. 7,000. The company announced that the handset would be available through retail stores as well as e-commerce websites across the country. It would be available in the Blue Black, White, & Gold colours. 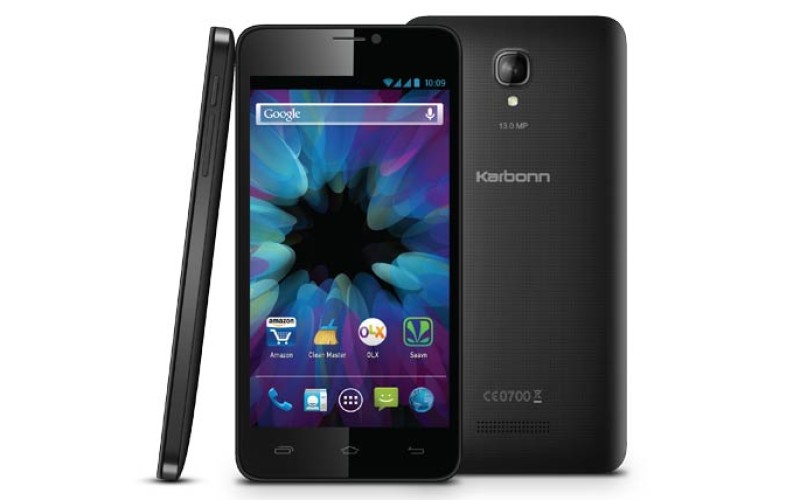 The company highlighted that the ‘Karbonn Titanium Mach One Plus’ is its first device to feature SwiftKey Keypad integration (SwiftKey 3.0), which would allow users to chat in up to twenty two Indian languages.

The smartphone also comes equipped with gesture suite which comprises a varirty of gestures such as Smart Awake that allows accessing notifications & apps from lock screen directly; Multi Gesture, which allows access to preferred functions with two fingers swipe, & Smart Eye Gesture, which automatically pause running video when the user looks away from the screen. The Titanium Mach One Plus features built-in stamina mode for optimising battery usage.

Although announcing the Titanium Mach One Plus smartphone, Karbonn claimed that there are 900 service centres in India & the company plans to invest Rs. Eight hundred crores in mobile manufacturing investment in India.

For specifications, the ‘Karbonn Titanium Mach One Plus’ runs on the Android 5.0 Lollipop with the company’s new Material Light theme developed with the Swiftkey running on top. It is powered by the 1.3GHz quad-core MediaTek processor coupled with 2GB of RAM & 16GB inbuilt storage that is flexible through microSD card (up to 32GB). The handset supports expandable storage through microSD card (up to 32GB).

It features a 4.7-inch HD (720×1280 pixels) IPS display. The smartphone sports an 8MP rear camera with LED flash while there is a 5MP front camera also onboard.

Android karbonn titanium mach one plus