Sony’s Xperia XZ Premium involves specs and of course power. There is not much change in design and the device will be launched at the end of February this year.There will be some adjustments here and there, but on the whole, it is covered on all the boxes on the given spec sheet.

The implications one gets from this new venture efforts is that its successor will not only have its work shaped out for it in the respective specs department but in the given design department as well it will have competitor flagships that become ever more exciting. To avoid competition with flagship device Sony has no doubt introduced two rather “complementing” devices: the Xperia XZ1 and Xperia XZ1 Compact.

The Xperia XZ1, on one hand, succeeds the Xperia XZ and XZs, while on the other hand, the XZ Compact replaces the existing X Compact. 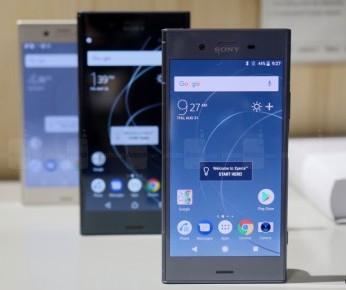 What there is to know about two devices?

What else is there to know about Sony Xperia XZ1 and XZ1 Compact?

The notable change apart from the more fluid-looking rear happens to be in the form of the camera setup on the back.

The singular lens to remain in the top left corner, edged with rather a silver trim for a more premium look, but on the hand, the flash module array that takes note of an increase in the given width as compared to the XZ Premium, while at the same time also moving more onto the middle of the top of the device.

The Xperia XZ1 retains the IP65/68 water and dust resistance that Sony has long offered on its devices and no doubt the Xperia XZ1 comes in four colors comprising: Black, Warm Silver, Moonlit Blue and Venus Pink.