Xiaomi has finally come out with the Android 8.0 Oreo to the Xiaomi Mi A1. The smartphone was actually brought into focus under the Google’s Android One programme with the help of Android 7.1.2 Nougat back in September and was also promised to receive an update to the Android Oreo by the end of 2017. The new Android version started rolling out as a “progressive over-the-air (OTA)” update on December 31, fulfilling that promise.

As per the official post on Xiaomi’s MIUI Forums, users do need to first install the software version 7.12.19 (Android Nougat) on their Mi A1 to receive the OTA update to Android Oreo (version 7.12.29). The update package does come in 1107.4MB size and also includes the December Android security patch alongside other new features.

The Android 8.0 Oreo update for the Xiaomi Mi A1 does bring features such as Picture-in-Picture mode, new Notification dots, Background limits, Auto-fill, and Smart text selection. Additionally, Xiaomi has also added improvements such as adaptive app icons and a faster boot experience. One can also check the availability of the Android 8.0 Oreo update for one’s Mi A1 by switching onto to Settings > Software updates.

In fact, the Xiaomi Mi A1 is the first smartphone in the Mi family that has received the Android Oreo update. The Beijing-based company had last month also announced that it would actually be on the lookout for beta testers in order to get a new update from a small group of users. 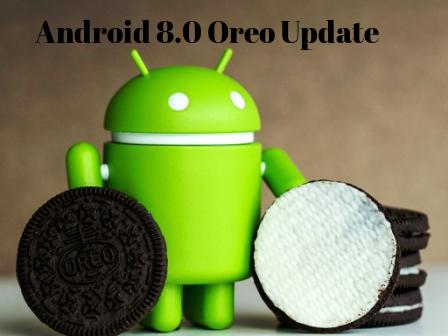 Features and Specifications of Mi A1: