Samsung Galaxy S9 will soon be launched at the popular event of Samsung Galaxy Unpacked 2018 at 12 pm ET (10:30 pm IST) on February 25, much ahead of the Mobile World Congress (MWC) 2018 next month. The South Korean giant on Wednesday does release the invitation for the event where the Galaxy S9+ is no doubt also expected to make its appearance. The invite does tease the appearance of the upgraded camera technology on the Galaxy S9.

As one can observe, the launching of the Samsung Galaxy S9 is quite apparent from the ‘9’ mentioned on the specific invite. On February 25, Samsung Electronics will indeed showcase the next generation of Galaxy devices that will re-imagine the camera and also redefine the way one shares one’s moments.

Samsung is also planning to incorporate a significantly much-upgraded camera on the upcoming phones. Previous rumors have indeed indicated towards the new ISOCELL module that Samsung had launched back in October last year. This technology does make use of Samsung’s Tetra cell technology in order to enhance the low light images thus offering an up-gradation to Dual Pixel. Additionally, there is a Smart WDR feature that does enable the sensor to capture the multiple exposures in one shot. 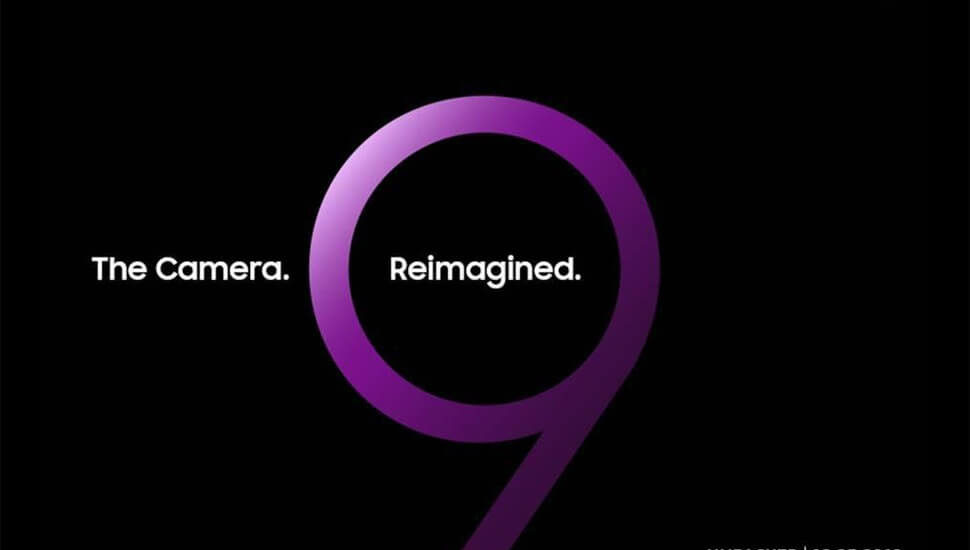 Samsung Galaxy S9 will indeed be unique in many ways.