With 5.7-inch full HD display, the Galaxy A8 boasts regular Samsung design. At 5.9-mm, it is Samsung slimmest smartphone till date. 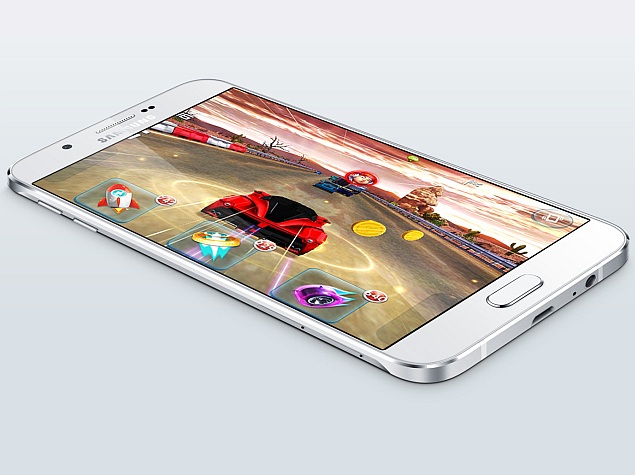 It is powered by the Samsung Exynos octa-core processor & is paired with 2 GB of RAM. It runs on an Android Lollipop OS & comes loaded with the TouchWiz UI. IT comes with 32 GB onboard storage and may hold up expandable memory up to 128 GB.

This is a dual SIM smartphone & both bands are compatible with 4G networks in India. Samsung has also added the fingerprint sensor to home key & a 3,050-mAh battery.

The Galaxy A8 features a 16-megapixel auto focus rear camera with visual image stabilisation, and a wide-angle lens. There is a 5-megapixel front facing camera.

With the Galaxy A8, Samsung is targeting fashion confidence young professionals. Priced at Rs 32,500, the Galaxy A8 might face tough competition from HTC One E9+, which is now retailing at Rs 33,999.