Chinese handset is coming up with its ‘all-screen’ successor of the OnePlus 5, that is to be launched on November 16 at an event in New York City. It is also understood that the OnePlus 5T will be going go on sale in India as well as other regions from November 21. OnePlus had earlier announced that it be openly declared at an event in NewYork. The Chinese company has also openly confirmed that the OnePlus 5T will be going on sale starting from November 21 in North America as well as Europe. In China, the handset of course will be made available on December 1. It is further understood that the early birds in India will be made available via a flash sale on Amazon India and OnePlus Store at 4:30 pm IST on coming November 21. Regular sales will start from November 28. OnePlus online retail partner Amazon India has already come out with a published a page for the OnePlus 5T. 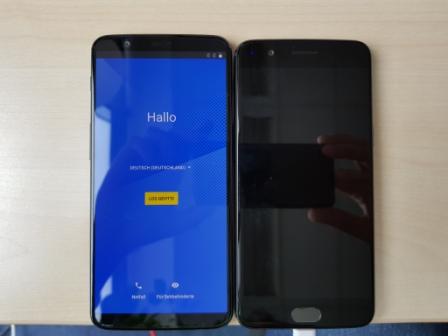 What there is to know more about the launch?

What is its price?

It is but natural that as a smartphone, the OnePlus CEO Pete Lau has unique features and makes it an interesting gadget and also very usable.