Need to count calories on your plate? Take a picture

Who knew snapping pictures could be fun and healthy? Google is developing an ‘app’ which will tell you exactly how many calories are on your plate by just taking a picture of your food.

The tech giant is naming it Im2calories, an app which uses advanced image recognition technology to examine the pixels and give an approximate number of calorie intake based on image of your food.

How does it do this? It works out the size of each piece of food in relation to the plate, as well as any condiments that are placed beside it. And the best part is, it does not need high-resolution images, even an Insta-quality image would do.

Google research scientist Kevin Murphy said that If we can do this for food, that is just the killer app.

Although, the app is still in the pipelines, there is a high possibility that it might mistaken a friend egg for a poached egg. Another major problem is that it cannot determine the content of hidden fats such as oil and butter. So it is not foolproof as yet.

Kevin further said that If it only works 30 % of the time, it is sufficient that people will start using it, we will collect data, and it will get better over time.

He is hopeful that the app will help make simpler the process of keeping a food diary, without having to type in details of each food item consumed and its quantity into an app.

The system is semi-autonomous. For instance, if it is unable to accurately determine the exact type of food from the image, it will provide a drop down menu with a list of its best guesses, reported Dailymail.

A date has not been announced for the release of Im2Calories, but Food Republic has reported that this technology can eventually work on completing other favors for humankind, such as finding parking spaces. 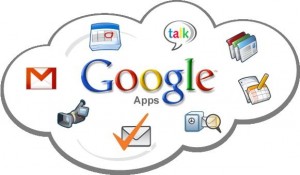