Despite much speculation that its end life is scheduled this year itself, this has been considered to be the world’s best-shipping smartphone type of model” in the fourth quarter of 2017. Analyst firm Canalys has claimed that Apple has also shipped nearly 29 million iPhone X units in the fourth quarter – particularly, seven million units were shipped in China. 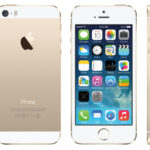 What is its cost?

Canalys does believe that the adoption of this Phone X was also majorly driven by upgrade demand in operator-centric markets such as the US and Canada, where Apple has
installed a base that is higher and customers have also the ability to finance the $999 cost of the latest iPhone model over many months.

Canalys also highlights that the supply issues that Apple has faced following the launch of the iPhone X which has indeed restricted its growth. However, the company has ultimately managed to achieve a massive uplift in production in late Novem

ber as well as throughout December. This helped it to meet and also exceed the demand in some of the markets by the end of the quarter. One major benefit to Apple is that customers are also increasingly realized the residual value of their respective old smartphones, his opting for trade-in programs to offset the high price of the iPhone X.

Alongside the iPhone X, Canalys says that the iPhone SE, iPhone 6, iPhone 6s, iPhone 7, and iPhone 8 models have been shipped well in the fourth quarter thus showing sufficient demand for the older models on account of their value for money characteristics.

What else one needs to know?