The latest budget phones of Xiaomi  Redmi Y1 and Y1 Lite have indeed launched in India just a couple of weeks ago. Both the smartphones did go on sale in India for the first time on November 8 but unfortunately went out-of-stock within a short span of time.

Xiaomi India VP and Managing Director Manu Kumar Jain said that nearly over 1.5 lakh Redmi Y1 and Y1 Lite units have actually been sold out in just about 3 minutes. Both the smartphones will be on sale for the second time today at 12 noon. Consumers will in fact be able to buy the phones either from Amazon store or Xiaomi’s official website – Mi.com. 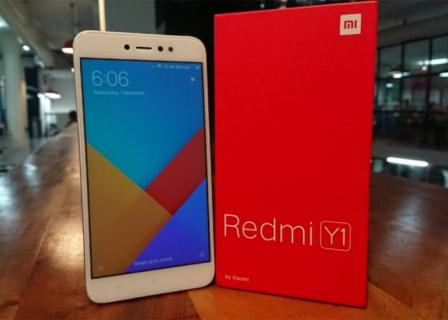 What is there to know about Redmi Y1?

Even though both Redmi Y1 and Redmi Y1 Lite have similar designs and are very alike in terms of some specifications, the former has a fingerprint scanner, while the Y1 Lite, much like the Redmi 4A.