Google said it was working with the Indian government to bring its balloon-powered internet and its kite-powered wind energy to the country.

Code named Project ‘Loon’, the internet project imagines use of high altitude balloons to provide an affordable internet to around 5 billion people internationally who currently have no access.

Mohammad Gawdat, VP of business Innovation at Google X said that by 2016, they believe that they can start to launch a commercial format that ensures them to have a coverage on every square inch of planet Earth. We are working very closely with the telecom providers and governments across globe including India to see how they bring this innovation here, a semisecret facility of Googles’ that is dedicated to making the major technological advancements. 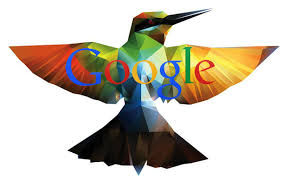 The balloons travel 20km above the Earths surface, in stratosphere. ‘Loon’ uses the software algorithms to determine where the balloon needs to go depending on direction of wind. It started as a pilot some 2 years back when thirty balloons were launched from the New Zealand’s South Island that beamed an internet to small group of users.

Gawdat, who previously co-founded said that more than fifteen businesses and serves as board member for the several startups, feels that an incremental technology adoption would not contribute to solving massive internet access problem. The reason we say that is because in doing an incremental technology, the economics works against that. Would spend billions of dollars in deploying the telecom towers. For instance, if have disaster like the tsunami, all of telecom infrastructure would be destroyed and it would take 4 to 5 months to restore it fully.

Google is also working on the wind power project. The company recently built an aeroplane like kite tethered up to three hundred metres to do manoeuvre helped by the direction of wind. The kites movements generate the power. Gawdat said that they believe through this they should be able to get a 100% improvement on current renewable technology out there. It would be available at the much cheaper cost.

Gawdat said that it hopes to begin the production in 2016. Considering how interested India is in the renewable energy, we are in talks with government to make India one of countries to deploy this.