Since a month’s time of delivering the experience on the Xperia XZ Premium, Sony has indeed started rolling out Android 8.0 Oreo update for its respective Xperia XZ and Xperia XZs. Both of the handsets were in fact debuted at the IFA 2016 with Android 7.1 Nougat and were then expected to receive the update to Android Oreo sometime before the end of this year. Sony Xperia X Performance is also receiving its Oreo update. 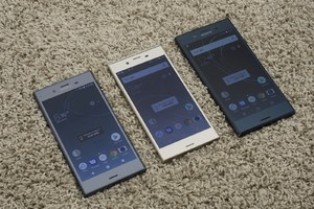 What there is to know more about Android Oreo update?

It is interesting to note here that, the Xperia X Performance is also said to be receiving its Android 8.0 Oreo update. Previous month Sony did release the Android Oreo update for the Xperia XZ Premium. It featured a 3D Creator, which was originally made available on the Xperia XZ1 and Xperia XZ1 Compact, in order to provide a 3D avatar or a free-form image of users thus making use of the front-facing camera sensor of the available smartphone within the span of less than a minute. The update also is inclusive of predictive capture functionality and of course an autofocus burst mode. Also, it was touted to improve the sound quality of the top-end smartphone by tuning the front-firing stereo speakers and adding Qualcomm aptX HD audio support.

What are features of Sony XZ?