The Oppp N1 mini was launched in India and it has been officially unveiled the price tag of Rs 26990/- The company also celebrated the launch of the smart phone by conducting the contest on Twitter and will give prizes for the top three winners with exciting prizes in store.

The Oppo N1 Mini is not a small phone considering the 5-inch of display and it has one of the most unique of rotating the camera from front to back and back to front, that means which we can use as Front and Rare Camera. 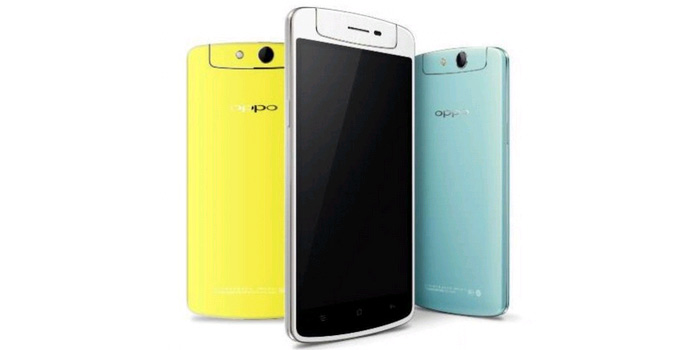 The Oppo N1 Mini design was inspired by the mobile Nokia 5700 Xpress Music.

Oppo N1 Mini has 13MP camera and which you can take good and quality selfies photos because of its rotating camera, where you get 13MP quality of Pic and also have awesome flash to it.

The Oppo N1 Mini has 2GB Ram and quad core processor from Qualcomm, it works with Android Layered with company’s very own Color OS and also have 2140mAh battery.