The Nokia 8 has indeed officially started receiving the Android 8.0 Oreo update and Juho Sarvikas, the Chief Product Officer of HMD Global and confirmation has been made that the Oreo beta testing for the Nokia 6 and Nokia 5 smartphones will commence soon.

Sarvikas recent tweet indicates that that the Oreo update has started rolling out for the Nokia 8 smartphone and replying to a user’s query, he said that the Nokia 5 and Nokia 6 smartphones have been reviewed for the update. Sarvikas replied that the open Beta Labs for the devices will start soon and both the smartphones are next in line to receive it.

The Nokia phones beta labs program was actually introduced by HMD Global as a platform to roll out the beta versions of Android. The program started by rolling out of the Oreo beta update for the Nokia 8 and it did allow the users to sign up and test it and report any bugs that were found in the early build. 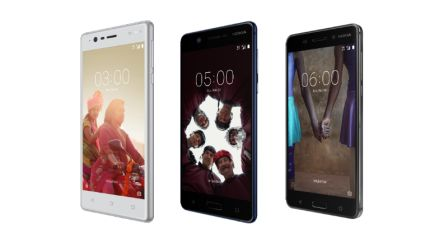 The Nokia 5, Nokia, and Nokia 2 would actually be updated to the latest version of Android before “the end of the year”. Even Sarvikas also does indicate the release of the Android Oreo beta build in a tweet that appeared last month. In fact, all Nokia-branded Android phones are expected to receive Android P, which is the next version of Google’s mobile OS.

The Android Oreo update on for the Nokia 5 and Nokia 6 is expected to usher in the latest security patch, Picture-in-picture mode, notification channels and dots, better keyboard navigation, smart text selection, and adaptive icons, among others. Android Oreo 8.0 was first announced at Google’s annual I/O in May.

Not just Nokia 8, Nokia 6 and Nokia 5, every other new Nokia-branded phone devised by HMD Global will run the latest Android Oreo out of the box. HMD Global’s existing phones do run on a pure version of Android, meaning that the company has not thus tweaked the software in any way, like other manufacturers have done so do and that includes Samsung and Xiaomi.