The smartphone technology has come a long way with new innovations. Mobile users have had access to the numerable number of smartphones and they have been able to choose one they like the most.

Number of newly released smartphones from several major mobile phone brands such as Samsung, Micromax, Lenovo, Apple, Motorola, Sony, Panasonic, LeEco, LG, Xiaomi, Gionee, OnePlus, Vivo, Oppo and many more have been made available for you in the year 2017 and many more are in the offing for 2018. A perfect fit indeed for your taste and budget. All the of the latest smartphones are available in the mobile market that is well equipped having interesting features and several specifications.

Much information is available so that one can purchase this mobile phone at a lower price and thus get a maximum value for their price. Latest prices are updated along with latest versions. One can have accesses to trustworthy brands. 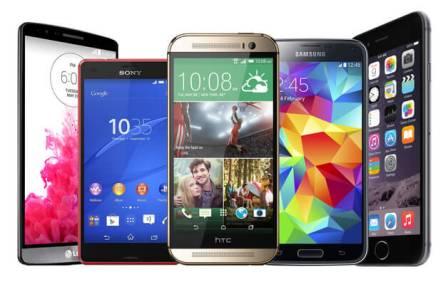 Here is the complete list of all popular mobile phones and smartphones with their respective prices that are available online in India and the latest mobile phones that have been launched in India has been in 2017. Newer versions of mobile phone models are launched quite frequently and this list has also been updated daily.